You are not connected. Please login or register
Go to page : 1, 2 Make your choice: Will you be the hunter or the prey?

"On that day mankind received a grim reminder: we lived in fear of the Titans and were disgraced to live in these cages we called walls."

Eren is a boy who dreams of the world outside the city walls. This fantasy is fueled by the fabulous descriptions of his bookish friend Armin. Even Eren's level-headed foster sister, Mikasa, can't talk him out of it. So what if there are human-eating giants outside the city? As long as people know how to kill them, and the city walls keep the giants out, human civilization can slowly rebuild, and eventually reclaim the world.
That is, until a vastly bigger giant shows up, breaks the wall, and lets its smaller kin access the tasty two-legged treats trying to rebuild their world.
There is a reason why their city is the last human settlement on the planet.
Despite the action-y sounding premise, and there is a great deal of action, the author has also woven a tight story around its many, many characters , and the strange, apocalyptic world they find themselves. And failure. Loads, and loads of failure. The characters repeatedly struggle to accomplish anything, often sacrificing lives and making major mistakes, only to have it all come to naught in the end . But every so often, their persistence, wits, and a little luck, manages to pay off. Slowly, a complex portrait of the world beings to form, and reveals there is something more sinister to the weirder aspects of their world . In the end, it is primarily a story about how people deal with trauma, survival, loss, and death. As they fight giant, man-eating titans.
From its relatively modest beginning, the manga managed to become the 11th highest seller in 2011. A live-action film adaptation was announced and planned for a 2014 (or later) release, but now it seems to have been put on hold due to Creative Differences between the director and the screenwriter, among other issues

premiered on April 6, 2013, with Yasuko Kobayashi as head screenwriter.
Viewers living in the United States, Canada, United Kingdom, and Ireland may watch the anime legally at Crunchyroll

. In a rare move, it is also available on Funimation

(which has licensed it for a future dub), along the usual lines of being subscriber exclusive and then free to watch at a later date.

Hikari Hoshi wrote:In my opinion, it is so overrated it hurts. But hey, my opinion.

Hikari Hoshi wrote:In my opinion, it is so overrated it hurts. But hey, my opinion.

Agreed. It's all over tumblr. I don't see the appeal.

I watched both episode 1 and 2 (which is rare for me). The story seemed far too shaky/gimmiky.

Spoiler:
I've seen some scenes where eren becomes a titan... That gave me a good view on the fact that the show is going to be godawful.

Double Posting because I want to share my opinion on how the anime is actually pretty decent. Eren is sort of a heavily reversed Sasuke, only much more violent. Instead of aiming to kill the protagonists, he aims to slaughter the antagonists. And it actually hasn't bit him in the a** with someone saying "revenge is a dish best served cold" or anything.

The animation is sort of weird with me because it's new to me, but the cast is great, and the plot itself has some interesting twists. The first two episodes are slow, but it explodes very quickly, I assure you. It's worth putting some time in for it. At least up to episode four.

*falls in love for the series*

Yes I told you

I sort of like Attack on Titan simply for its brilliant budget but not for any other real reason. I like the politics of the anime but I feel it's too obvious which makes me remember Code Geass, I just wish the anime would try and use subtlety in its opinions and not have Eren spout them EVERY 5 MINUTES! Seriously... I cannot stand Eren, he is so annoying with his opinions and it drives me crazy. I also don't like the lack of information the anime gives. It feels like the only reason I keep watching is so I can have some questions answered which doesn't feel like a good trait to me. Once again I must repeat myself, POLITICAL SUBTLETY PLEASE! I'm sorry but seriously... There is a reason we call them political undertones. The anime just keeps spouting the main idea like "Lookie here, lookie here! These are my opinions! Look at them!" instead of actually applying the opinions to the environment, creating an artistic hybrid of vision and essence. All I see is annoying dialogue from Eren spouting every militaristic belief under the sun and it drives me crazy.

This is why the anime turns ME off though. Maybe the one thing I dislike about it is the one thing a ton of other people like about it. I don't know. Some people just can't be bother with symbolism and undertones and I respect that.

That and I notice a lot of similarities between AoT and Claymore. Like, A LOT. Not saying it's a bad thing. Just that I noticed it.
Illyarcher

Oh, something to look foward to

Having caught up with the manga, I would like to add to something that Halu said. That is... the lack of information isn't even the anime's fault entirely as far as I can tell, because the manga has lots of chances to tell us a shitton right now. The fighting and new techniques/abilities are cool, but things are easily getting out of hand and if we don't actually get to the depth of the plot soon... I feel like this is just going to turn into dbz or bleach as in a bunch of epic fights with literally no sort of direction.

Spoiler:
Eren had the chance to actually allow the viewers to get almost everything answered if he had just kept his cool and went with Reiner, they had even successfully gotten Historia. Instead, Eren fails to think rationally and he pulls a new shonen powerup out of his a**. I love it when he gets mad, but this just pissed me off because this was the single chance we had to learn literally next to everything.

Spoiler:
WHAT ABOUT HORSE FACE?! OR SHOULD WE DISCUSS HOW AMAZING ERWIN AND ARWIN ARE?!

This is going to be a really really good dub

Yeah, supposedly way more characters were meant to have died already, but since Isayama(?) is messing around with the ending they're alive and he isn't finishing it the way he wanted. The manga could be a huge success at this point, but I think of him as a total hack.
_________________

I don't think it has anything to do with the second season of the anime, but more to the fact that it's doing well financially. Just my opinion on it anyway, probably the editors of whatever magazine he works are forcing him to continue so that people keep having a reason to buy it.
_________________

Well yeah, I said anime because of the monetary side of things.

People change their works in relation to how well it does all the time, I hardly see that as a "Sell Out".

If he started off thinking he was only going to last a month and planning a "Kill Everyone" ending, I can see why he would change things. At this point that would ruin his reputation.
_________________
Formerly-Wi Fi Master Jordan 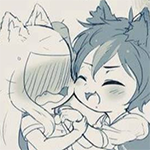 Spoiler-ish arguments in:
Not gonna lie, the action IS going very slowly and is not really advancing for past few chapters. Plus, we're really straining away from the main theme of the series, which is you know, titans. There were close to none about them in recent chapters, and the biggest bomb we got to know is Levi's surname. I mean, it was pretty much sure Historia is a part of the royal family. Also, what the hell about Eren's basement? I can't belive they'd forget about a way to save humanity in favor of fixing the goverment. Plus, the fact new chapters come out so infrequently...I wouldn't say it's a sellout, but it IS going in a strange direction. I hope they know what they are doing though, because if the chapters keep advancing the story so little, we're looking at another few years of chapters.

Spoiler:
I thought they were trying to fix the government or something so that they can organize a huge take back for Wall Maria and then finally go to Eren's basement? I dunno, I'm sure If I read the past 5 or 6 chapters back to back I'd remember half the shit that's happened, but it's like you said, the series feels extremely slow paced since it's a monthly release and it reeaaalllyy doesn't help when hardly anything happens in those chapters.

Spoiler:
Actually, now that you mention it, it was something along those lines. But yeah, that means at least 10+ extra chapters of solving the goverment issue, then like 10 at least of going to the basement, and crap like this. I'd say thise goes for 2 more years or so. Plus, I hate how they can't really build up the hype. Levi Ackerman, fine. But what then? Why? I bet they're not gonna explain it for next 3 chapters. 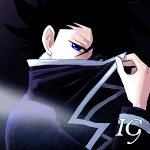 I like this show but I also acknowledge the fact that its about as bland as Bloodsport (1988) . Another movie I honestly really adore. This show also took a second look required from me because at first, it disoriented me with the fact that the backgrounds and top layer cels were going at a massively different framerate.
Sponsored content